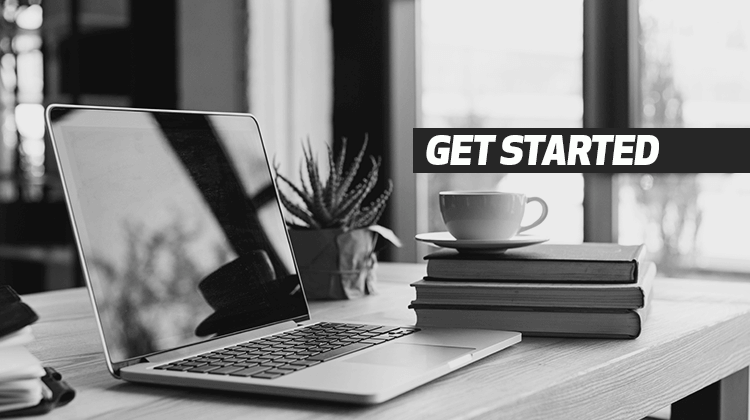 Some things we just know by heart. For instance, we know that a bird in the hand is worth two in the bush, that love makes the world go round, that the greatest idea in the world was actually sliced bread and that great teams don’t just happen.

Well, what if we told you that none of that is true?

Sometimes, great teams do just happen, and that team leaves the birds alone, makes the world go round by sheer power of will and work that matches an army of squirrels’ in arctic winter, and comes up with ideas that are way better than a handy batch of toast.

So, What Really Makes A Great Team?

It’s hard to pin it down to a simple check list, but good teams happen everywhere you look; they just don’t know it half the time. You were probably a vital member of an incredible team more than a couple of times in your life; as a toddler who managed to get the cookies with the help of your dog, bigger sister and Lego pieces, as a high school student who crowd-sourced his science project by bribing the nerd, sweet-talking the librarian and asking your best friend for help, as a college student by staying awake for three days at a time to hit the deadline with five people from different departments, and as a working adult who carpools to work with the developers, babysits the art director’s kids every other weekend and listens to the account manager’s problems every other morning over coffee. Great teams come in many shapes and forms, and they have unique dynamics that make them work under a variety of stressful situations and challenging problems, but they all have several things in common.

They Are All Fighting the Same Dragon

Hazem, Hossam, Mohammed and Yasmin could not be any more different. Serving in the front lines as Managing Director, Digital Business Director, Art Director and Head of Accounts respectively, their lines of work barely meet on a day-to-day basis, even though they’re all trying to do the same thing; run MagnaBlitz as the residing Board of Directors, make sure that work is delivered on time and that the quality of said work is representative of the company’s brand promise.

They Are All Experts in Their Respective Fields

No team can thrive unless its members are perfectly autonomous on their own, and our board of directors can take on a full-fledged, long-braided, horse-mounted Khal out on the night lands themselves.

Let us walk you through the ranks.

Hazem El-Sennoussi
A business administration graduate from IESE Business School University of Navarra, Spain, alumnus of the American University and E.M.B.A holder from Nile University; Hazem’s continuous success transcends that of the business element, gaining the trust of his colleagues and employees throughout his 18 years of experience in the field. His rich business perspective in challenging situations shone through his management of multinational operations, and through his polyglot fluency in the language of marketing strategy, sales advisory, channel marketing, customer experience, engineering, IT, operations, and business development.

This was especially apparent while he served as the Managing Director of Mortimer Harvey, where he was able to utilize customer-centered creativity with insightful analytic and strategic skills to build their Africa-Middle East business from scratch; delivering a total revenue of more than 1.4 Million USD and building of the best working environment on the Egyptian market at the time. Before that, Hazem transformed Vodafone’s Egypt branch from the second player to the first player in both revenue and customer numbers; turning it into one of the world’s leading telecommunications groups.

Originally an Industrial Chemistry major at the American University in Cairo, Hossam’s 14+ years of experience in the field of Marketing and Operations were marked by talent, insight and a deep understanding of chemistry. As a major driving force behind the success of Mortimer Harvey, Hossam built and grew the digital department into the biggest and most lucrative department of the agency at the time. Before that, he served as Head of Operations at QSOFT, where he managed the commercial, strategic and legal side of “AlBernameg by Bassem Youssef”; the biggest show in Egyptian history in terms of viewership, a turning point in the local political comedy industry and the voice of an entire nation before and during the Egyptian revolution.

Negotiating and closing two successful 17M USD deals with MBC Group and DW, he also launched the first online and offline merchandise store for a TV show in the region. Hossam’s job was not without fun, as he also managed agreements, disputes, production and artists.

Hossam’s mischievous personality greatly adds to his leadership qualities, as he believes in the power of diversity in creating fluid, powerful teams that move act as one. Utilizing all surrounding elements in his every undertaking, Hossam managed to not only re-launch a brand new online store just five months after joining Vodafone Egypt, but also introduce a new business proposition that led to an exceptional revenue increase by 625%. Ever since, the Vodafone Egypt Online Store has been contributing to an evident portion of the total revenues compared to Vodafone Egypt Retail.

Yasmin H. Abdou
Double-majoring in Marketing and Innovation Management at the German University in Cairo and completing her MSc degree in Global Management at Antwerp Management School in Belgium; Yasmin is a force to be reckoned with on a personal and on a professional level.

Driven by passion and a thirst for meaningful achievement, Yasmin bee-lined through the fields of consumer behavior and digitization, which she highlighted in her BSC thesis in “The Effect of Religiosity on Price Consciousness and Shopping Impulsiveness in Egypt” and her master’s Research on “Factories of the Future”, which she conducted in Germany. The BSc thesis research was nominated to be discussed at an International conference at the Ajman University of Science and Technology in 2012 and her master’s research was taken by the Government of Antwerp, Belgium as a best practice for the digitization of factories. Since then, Yasmin has worked with brands in industries ranging from education to automotive to beauty to oil & gas, as a consultant on their digital strategy.

An Applied Arts graduate, Mohammed Samara has 8 years of design experience during which he led the branding and rebranding of several local, international and multinational corporations, including but not limited to BMW, AXA, Magrabi Optical, Swiss Restaurants and Total. Serving as Design Team Leader at Icon Creations, Senior Digital Designer at Mortimer Harvey and Art Director at MagnaBlitz; Mohammed developed a keen eye for digital and offline images; spotting opportunities and advising on consumers’ changing tastes and varying market trends. Throughout his career, he has been known to put his heart into his work; producing some of the most memorable visual campaigns on Egyptian soil. His minimalist art style is hard to miss and his experimental method of art direction almost always ends in tremendous success.

They Are All Aligned At All Times

Whether they do it at breakfast or during weekly board meeting; the four board members and department leaders are all aligned. Sharing a habit for pointing at the elephant in the room; Yasmin is great at making conversations with the elephant, Hazem excels at making the elephant see greener pastures, Hossam can talk the elephant into a deal with the neighborhood friendly lions and Mohammed can give the elephant a makeover worthy of every Safari magazine cover on the planet. It’s hard for the elephant to say no to the residing board predators, because he’s tired of being overlooked when he’s got so much to offer to the global conversation.

And Finally, They Are All Great Friends

It can be hard to have difficult conversations with a colleague, but to a group of four who share over a decade of common friendship; no conversation has not been had before.
Like we said, it’s hard to pin it down to a simple checklist; but it’s not impossible to find a team that works. After all, you’re one step away from being part of one.